An Autonomous Car Learned How to Drive IRL Inside a Simulation

That's a lot safer than testing it on real world streets.

Where does an autonomous car (AV) go to driving school?

So far, most testing has taken place on real-world streets, which has led to accidents and even deaths. Now Wayve — a team of researchers from Cambridge University developing artificial intelligence software for AVs — might have a much safer approach: they successfully taught a self-driving car how to drive exclusively using a simulation.

In a demo, Wayve touts its Sim2Real project as being “the first time” that’s ever been done successfully. 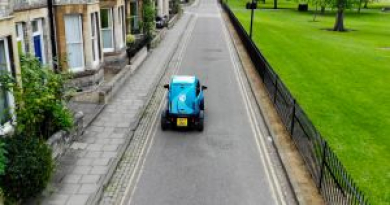