Waymo presently has 600 specially modified Chrysler Pacifica Hybrid vans in its self driving fleet. That number is about to grow — a lot.

The company announced on May 31 that it has ordered up to 62,000 more. That’s in addition to the 20,000 self-driving I-PACE electric SUVs it plans to buy from Jaguar. Those cars alone will be able to provided 1 million rides a day.

Chrysler takes an unconventional approach to naming its first-in-class plug-in van. Rather than highlighting the plug in the name with the word “Plug” or “Electric,” or even with “PHEV” tagged onto the end, the company seems to pretend it’s just a hybrid for some reason. If you go to the webpage for the Chrysler Pacifica Hybrid, though, you can see that the vehicle has 33 miles of electric range, was granted a highway fuel economy estimate of 84 MPGe from the EPA, and qualifies for the $7,500 federal tax credit for electric vehicles. Why Chrysler doesn’t make it clear in the name that “this isn’t just any hybrid” is unclear, but it would probably be an interesting topic to investigate. Nonetheless, Waymo clearly knows what it’s getting into and what it wants.

“Waymo’s goal from day one has been to build the world’s most experienced driver and give people access to self-driving technology that will make our roads safer,” says John Krafcik, CEO of Waymo. “We’re excited to deepen our relationship with FCA that will support the launch of our driverless service, and explore future products that support Waymo’s mission.”

According to Quartz, the US Bureau of Labor Statistics says there are about 305,000 taxi, limousine, and ride-hailing vehicles in America. If Waymo takes delivery of all 82,600 self driving cars it has ordered, its cars will be more than a quarter of the existing fleet dedicated to moving people from place to place on demand. At the moment, though, there is no word on when all those cars are expected to be delivered and in operation. 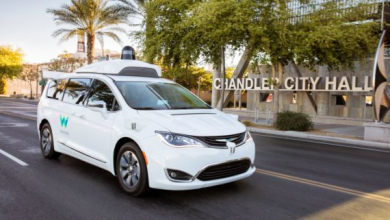