“We proactively suspended our self-driving operations, including in California, immediately following the Tempe incident,” an Uber spokesperson told TechCrunch. “Given this, we decided to not reapply for a California permit with the understanding that our self-driving vehicles would not operate in the state in the immediate future.”

Uber’s decision not to reapply comes in tandem with a letter the DMV sent to Uber’s head of public affairs, Austin Heyworth, today. The letter pertains to the fatal self-driving car crash that happened in Tempe, Arizona last week.

“In addition to this decision to suspend testing throughout the country, Uber has indicated that it will not renew its current permit to test autonomous vehicles in California,” DMV Deputy Director/Chief Counsel Brian Soublet wrote in the letter. “By the terms of its current permit, Uber’s authority to test autonomous vehicles on California public roads will end on March 31, 2018.”

This comes following Arizona’s decision to block Uber’s self-driving cars in its city. In Arizona Governor Doug Ducey’s letter to Uber CEO Dara Khosrowshahi, Ducey said the video from the accident was “disturbing and alarming.”

California requires a number of things from autonomous car makers, like special vehicle registrations for the cars and the car operators, accident report submissions as well as reports pertaining to when and how often a safety driver needs to take over. 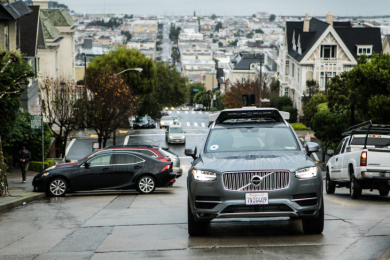