Autonomous buses have started sharing the road with pedestrians, cyclists and other vehicles in a bustling business district of Stockholm, Sweden.

Travelling at speeds of up to 15mph, the 100% electric vehicles offer a sneak peek into the future of urban transport. They can carry up to 11 passengers, plus a conductor/host, and are free of charge.

Ericsson is providing its Connected Urban Transport (CUT) that includes monitoring of the vehicles, while testing of the buses’ connectivity to a 5G network is planned for the second half of the trial.

The shuttle buses are one part of the Drive Sweden innovation project, launched in 2015. 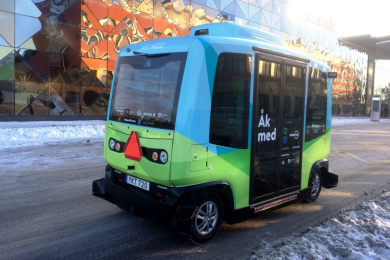