As part of its 2030 Vision strategy announced in June, Honda aims to have a car with Level 4 self-driving capability on sale by the year 2025.

The target date is later than what rivals are promising (typically around 2021) but is probably more realistic, perhaps not because of the ability of the technology but rather an accommodative regulatory environment.

As is becoming the standard practice in the industry, Honda is teaming up with firms specializing on various aspects of self-driving cars. On Thursday, the automaker announced it has signed a 5-year joint research and development agreement with China’s SenseTime, an IT firm specializing in artificial intelligence.

AI is seen as the holy grail for fully self-driving cars that can operate in virtually any set of road conditions a human could. The key is deep learning (also referred to as machine learning), a form of AI where computers “learn” how to perform actions on their own based on given data, i.e. without the need to be explicitly programmed. For self-driving cars, the AI systems are refined by racking up millions of test miles. 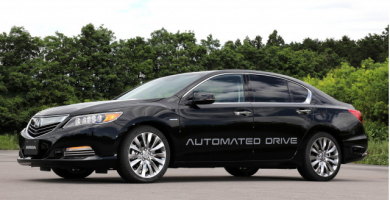