After Dara Khosrowshahi took over as Uber’s chief executive last August, he considered shutting the company’s money-losing autonomous vehicle division. A visit to Pittsburgh this spring changed that.

In town for a leadership summit, Mr. Khosrowshahi and other Uber executives were briefed on the state of the company’s self-driving vehicle research, which is based in Pittsburgh. The group was impressed by the progress its autonomous division had made in testing driverless cars in Pittsburgh and in Arizona, according to three people familiar with the ride-hailing company, who were not authorized to speak publicly. They left the meeting energized, convinced that Uber needed to forge ahead with self-driving cars, the people said.

But days after the summit, one of Uber’s autonomous cars struck and killed a woman who was pushing a bicycle across a street in Tempe, Ariz. Video from the March 18 collision showed a distracted safety driver failing to react in time as the vehicle barreled into the pedestrian, Elaine Herzberg.

The accident threw Uber’s autonomous vehicle efforts into flux, immediately forcing the suspension of its self-driving car tests in cities including Tempe, Pittsburgh and Toronto. Months later, Uber’s executives are divided over what to do with the autonomous business, according to the people familiar with the company. While one camp is pushing Mr. Khosrowshahi to seek partnerships or even a potential sale of the unit, known as the Advanced Technologies Group, a rival contingent is arguing that developing self-driving technology is crucial to Uber’s future, the people said. 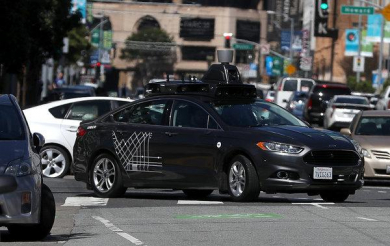