Developer of self-driving technology for semi trucks arrives in Tucson

A Chinese startup company developing self-driving technology for commercial trucking has opened a facility in Tucson for research and testing — including a planned Tucson-Phoenix run with an autonomous truck.

Beijing-based TuSimple plans to spend millions of dollars and hire as many as 100 employees in the next five years, with the aim of perfecting intelligent driving systems and eventually running fleets of autonomous trucks.

TuSimple has leased 6,865 square feet of warehouse and office space at 2551 N. Dragoon Street, near West Grant Road and Interstate 10, to engineer and test its technology.

The company, which planned a ribbon-cutting on Monday, Aug. 21 with local officials, also has research facilities in Beijing and San Diego, California.

Xiaodi Hou, TuSimple’s co-founder and chief technology officer, said the combination of Tucson’s standing as a center of logistics and its friendly state policies toward autonomous vehicle technology lured the company to Tucson. 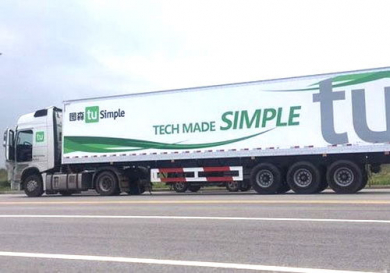