Gov. Greg Abbott signed a bill backed by auto manufacturers that explicitly allows autonomous vehicles to operate on Texas roads without a driver inside.

Gov. Greg Abbott signed a bill Thursday that signals to Google, Uber and carmakers that they are welcome to test self-driving cars on the state's roads and highways without a driver behind the wheel.

There was nothing in existing law that banned autonomous vehicles from Texas roads. After all, Google has been testing them since 2015 in Austin, and Arlington is rolling them out. And several Texas sites were chosen by the U.S. Department of Transportation to test the technology in closed-course settings. Yet because state statutes didn’t address the emerging technology at all, some manufacturers have told state officials they were wary about testing vehicles alongside street and highway traffic in Texas.

“The lack of laws credited a need for clarity,” state Sen. Kelly Hancock, R-North Richland Hills, said at an April hearing on his bill. 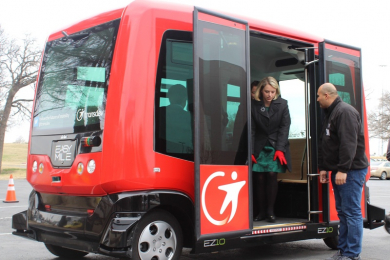