Thousands of modified Chevrolet Bolt cars may hit the roads next year, as part of a major deployment by General Motors to test its self-driving system on public roads.

GM, along with ridesharing app Lyft, will test the cars and possibly pick up members of the public, similar to Uber’s self-driving program in Pennsylvania and Arizona, according to a report from Reuters.

The program will supposedly be split between Lyft and GM’s car-sharing service, Maven.

The deployment of thousands of self-driving vehicles on public roads may improve the public’s perception of the technology. It could also boost GM’s standing in the self-driving industry, where it is currently perceived as behind Google’s Waymo, Tesla, and Uber.

GM has not commented on the report, Lyft also declined to comment. 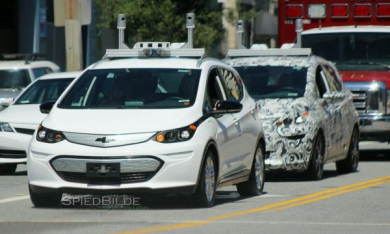