Autonomous vehicles (AVs) are one such technology. Just as the freeway system or the streetcar network shaped past cities and lifestyles, AVs will remake the metropolis once again. The question is how and with what unintended consequences? As with most technology, the answer turns on how the technology is used.

Many people believe that shifting to AVs will eliminate vehicles from roads and offer myriad benefits, including improved traffic flow, fewer traffic accidents, and enhanced mobility for the handicapped, elderly, and children. With AVs, people would free themselves from parking hassles, congestion, and many financial and environmental costs. Unfortunately, reaching this outcome is not that simple.

One thing is certain: zero- or single-occupant vehicles—even with AV technology—are a bad thing. They cause congestion, eat up energy, exacerbate sprawl, and emit more carbon per passenger mile. Surprisingly, even AV taxis carrying three passengers can generate more miles because of distant pickups and roaming as they await passengers. And the promise of efficient flow and energy savings can only be delivered in exclusive areas free of non-autonomous vehicles. The best of AV technology is in shared vehicles and a new generation of transit options—AVs used on dedicated lanes or in car-free districts with multiple passengers as an inherent option.

The reality is that some forms of AV could actually make things worse. The convenience of AVs could result in more miles traveled—up to 35 percent more for personal AVs and an amazing 90 percent more for single-passenger AV taxis, according to Urban Mobility: System Upgrade, a 2014 study by the International Transit Forum (ITF) and the Corporate Partnership Board (CPB). This increase is the result of riders acquiring a greater tolerance for long commutes, and vehicles running “deadhead” trips to look for new riders or cheap parking and running errands. The only thing worse than a single-occupant vehicle is a zero-occupant vehicle (ZOV). 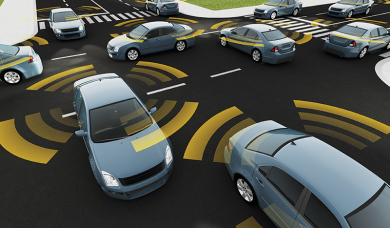