According to TechCrunch, which found a job listing for a "market specialist" for autonomous vehicles in Austin, Ford is looking to get more testing done before launching its self-driving taxi program.

If true, Austin would become the fifth city where Ford is testing, joining the likes of Detroit, Pittsburgh, Miami, and Washington, D.C.

The outlet reached out to the automaker for a comment, but, in usual fashion for a brand, Ford didn't confirm whether it would be expanding its testing to Austin. "We are on track to announce the next deployment city in which we plan to expand our self-driving technology and business testing efforts by the end of this year," a Ford spokesperson told the outlet in an email. "We will provide more details at the appropriate time."

Ford has taken an interesting path when it comes to developing autonomous technology. Instead of other automakers that are working steadfastly on coming out with self-driving vehicles to sell to the masses, or at least consumers with deep pockets, Ford is more interested in the commercial aspect of driverless cars. For Ford, it's all about the other business doors that autonomous vehicles will open. Besides its taxi service, Ford is also interested in managing a fleet of autonomous vehicles to sell to businesses. 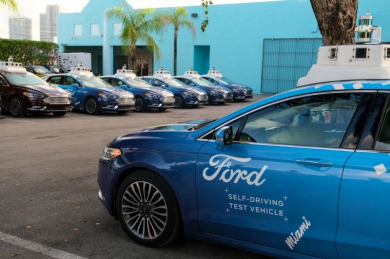