Oxbotica is about to begin testing its autonomous vehicles in Hounslow

If you’re walking around the streets of Hounslow, West London in the coming weeks you may spy a driverless car on the road.

The DRIVEN consortium - which encompasses autonomous vehicle software provider Oxbotica, insurance provider AXA XL and security company Nominent - has announced it will begin trials in the London borough this month, following the success of similar trials in Oxford.

Oxbotica, one of the leading software providers in the driverless car space, has revamped Ford cars to fit them with its Selenium autonomous software, radar and lidar sensors, on-board computers and cameras.

The modified cars will be on the road in Hounslow, using this technology to gather data to map streets, such as the contents of street signs and the meanings of lane markings, so that the vehicles understand the complexities of each road. 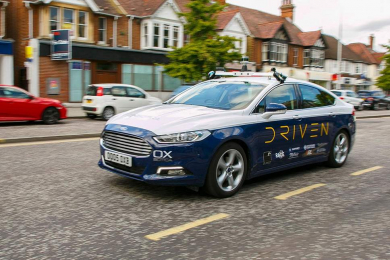