Automaker paused its public testing after the fatal Uber crash

Toyota announced today that it will build a gigantic, 60-acre facility in Michigan to test “edge case” driving scenarios with its autonomous vehicles that are too dangerous to perform on public roads. The news comes more than a month after the Japanese auto giant halted its self-driving tests on public roads in the US in the wake of a deadly crash involving a self-driving Uber in Arizona.

Construction permits were filed this week to transform an approximately 60-acre site at Michigan Technical Resource Park in Ottawa Lake into a closed-course facility for the Toyota Research Institute, the car company’s Silicon Valley arm, to test its vehicles. The site will include congested urban environments, slick surfaces, and a four-lane divided highway with high-speed entrance and exit ramps. When it becomes operational this October, the company will use the site to specifically test scenarios deemed too risky for public roads, most likely involving vehicles without a human driver.

Still, Toyota has yet to resume public testing of its self-driving cars since putting the program on pause in March, but has continued to test on closed course facilities, a spokesperson said. “Our pause in testing on public roads in California and Michigan has allowed us to further refine and upgrade our Platform 2.0/2.1 test-vehicle fleet, in-line with the ongoing build-out of the Platform 3.0 fleet, introduced at this year’s CES in Las Vegas,” the spokesperson said. “We will resume testing on public roads in a few weeks, once these three systems have been more closely aligned. It’s important to note that our closed-course testing did not stop during this time.” 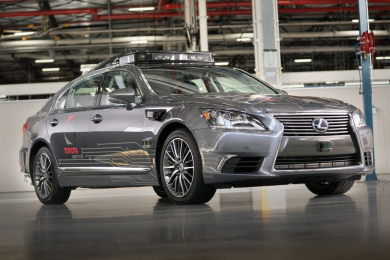