Waymo, the self-driving unit of Google parent Alphabet, this week applied to test cars without drivers on California roads

Waymo, the self-driving unit of Google parent Alphabet, this week applied to test cars without drivers on California roads, The Chronicle has learned — even as a pair of recent crashes has heightened fears about the safety of autonomous vehicles.

Waymo confirmed Friday that it had submitted an application to the California Department of Motor Vehicles to test cars without a backup driver behind the wheel. So far, only two companies have applied for such permits, and the other company’s identity has not been publicly revealed.

According to a source familiar with the matter, Waymo plans to start testing near its Mountain View headquarters, an area where its fleet of self-driving Chrysler Pacifica minivans have already logged many miles with backup drivers. Over time, the company will expand testing of autonomous cars with no backup driver to more of the Bay Area, the source said.

Waymo’s approach will be to extensively map a terrain by having vehicles with test drivers cover it first, before using no-driver cars.

The move comes less than a month after a fatal accident involving a self-driving Uber SUV in Arizona raised fresh concerns about the safety of autonomous cars. That vehicle had a backup driver behind the wheel when it struck and killed a pedestrian on March 19, but dashcam videos showed the driver was not watching the road. 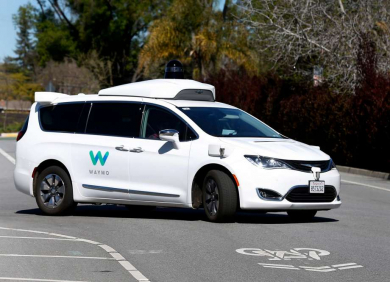