MnDOT announced in June it will begin testing the use of an autonomous shuttle bus in a cold weather climate.

“We’re excited to partner with EasyMile to help MnDOT test autonomous technology,” said Jay Hietpas, MnDOT state traffic engineer and project manager. “Their expertise will help us learn how these vehicles operate in a winter weather environment so we can advance this technology and position MnDOT and Minnesota as a leader.”

EasyMile, which has a location in Colorado, has conducted driverless technology cold weather tests in Finland and Norway. Minnesota will be their first cold weather test site in the U.S. EasyMile will use its EZ10 electric shuttle bus that has already transported 160,000 people more than 60,000 miles in 14 countries. The shuttle was tested in various environments and traffic conditions. During these tests, the shuttle operated crash-free.

The shuttle operates autonomously at low speeds on pre-mapped routes. It can transport between six and 12 people. 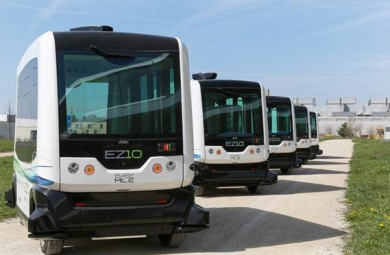