Driverless cars could save the us over 300 billion a year

When the world is run by economists and the bottom line is always money, sometimes it pays to translate important stuff into their language. And Global Positioning Specialists has done exactly that with driverless cars, working out how much autonomous vehicles could save a country in cold, hard cash.

The results are startling. In the U.S. alone, driverless tech could save over $300 billion a year, just from GDP lost due to car crashes. Currently, the U.S. loses a mind-boggling $341 billion to crashes, and GPS predicts that driverless cars would bring that down to just $34 billion.

To drive at these figures, GPS took already-existing data for the GDP of a country, then applied a simple formula based on the percentage reduction in crashes expected if we adopt autonomous vehicles. The U.S. is at the top of the list only because it loses so much money right now. The next country on the list is India, which "only" wastes $62 billion a year on traffic accidents and their effects, less than a fifth that of the U.S. As a quick reminder, India is home to 1.3 billion people, whereas the U.S. counts just 322 million people. Americans really like their cars—and crashing them. 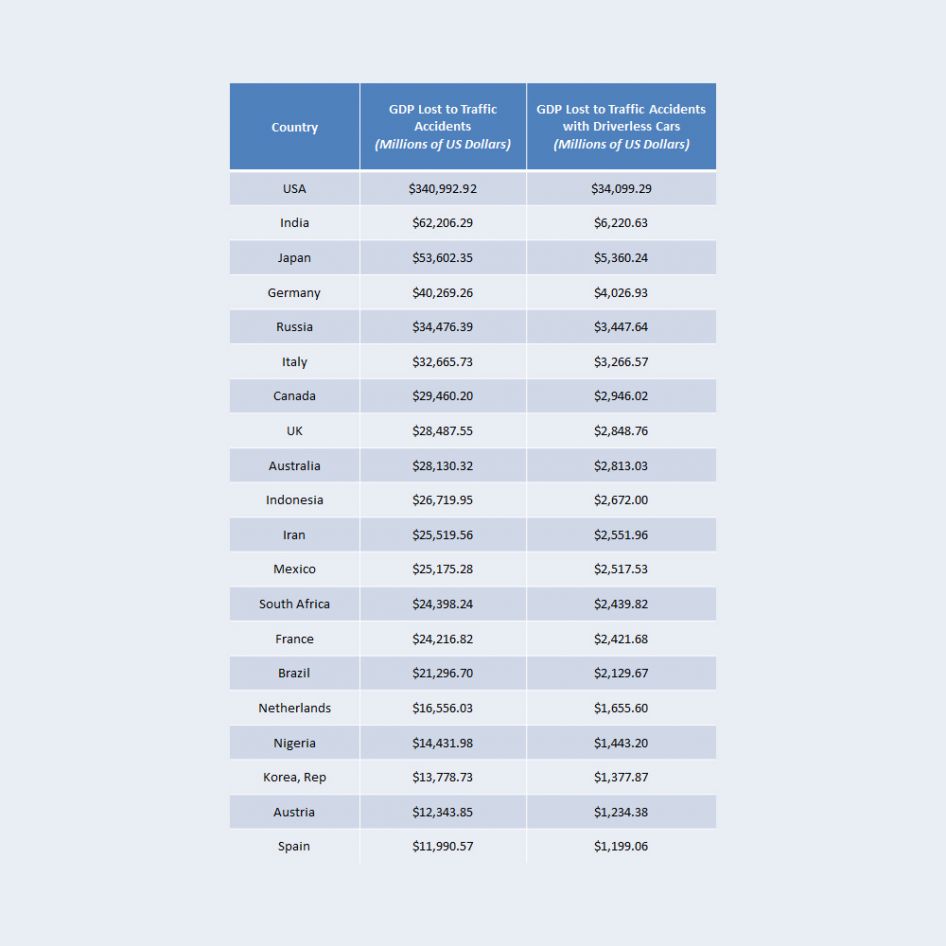